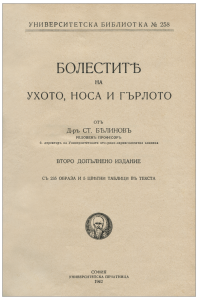 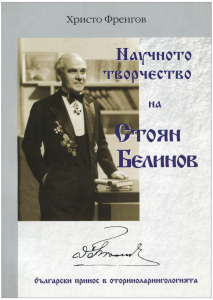 At the end of the 19th and the beginning of the 20th century, Bulgaria asserted itself as a state on the Balkans and in Europe. Significant changes occurred in the field of healthcare. The number of doctors increased substantially; outpatient and inpatient practices started developing; screening activities were planned; the first medical societies were founded; medical and scientific work increased, and health insurance plans were introduced for people. All of that was too much for the poor economy of the Bulgarian country – half measures could be seen in almost every undertaking and only in rare cases good intentions were followed through. Generally, hospital facilities were uncomfortable, impractical and insufficient. There was turnover of staff mostly caused by the health authorities due to political reasons.

Stoyan Belinov was self-employed from 18th April, 1898 to 30th August, 1900. Little is known about his professional work at that time but it is a fact that he started his practice in the town of Ruse. In the summer of 1900 he was appointed to a civil service position as a manager and doctor of the Troyan hospital. Frequent changes in his place of work were a direct consequence of the positive or negative trends of partisan passions and attitudes in the health administration..

Stoyan Belinov finished his specialization in Vienna on 15th October, 1906 and at the end of the year he settled in St. Petersburg in N. P. Simanovski’s Clinic. In April, the following year, in Moscow the 10th Pirogov Congress was held of the Society of Russian Doctors, established in 1885. He participated in the congress with a report in the Otology panel which covered the diagnosis of purulent labyrinthitis, particularly the latent and circumscribed forms.

At the 10th Pirogov Congress in 1907, Stoyan Belinov for the first time drew the attention of the scientific community on the method of inclining the head laterally and its use in diagnosing labyrinthitis. 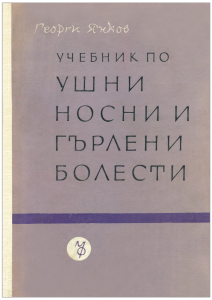 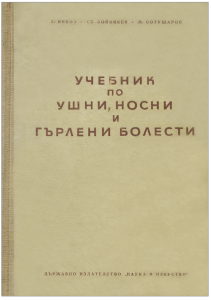 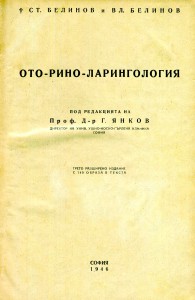